What bothers me about Twitterrific’s final day is that it was not dignified. There was no advance notice for its creators, customers just got a weird error, and no one is explaining what’s going on. We had no chance to thank customers who have been with us for over a decade. Instead, it’s just another scene in their ongoing shit show.

I’ve been using it since the first version built with the official iOS SDK. The original version worked with jailbroken phones, if memory serves?

Of course how can you blame Craig for being extremely pissed off? Of course it’s Twitter’s right to cut off access. The Iconfactory knew that when they built Twitterrific, but to not have the courtesy — never mind courtesy, the guts — to contact all the companies impacted by the change and give them a little runway so they could at least remove the apps from sale and inform their dedicated customers of the pending change.

Twitter’s new owner is a coward and not nearly as smart as everyone thought.

Thank you Iconfactory! Thank you for over 15-years of Twitterrific and all the beautiful software you create.

Here’s wishing you all the best for your next great project! ❤️

You can support The Iconfactory on Patreon or go purchase one of their beautifully designed apps. My current favorite is Wallaroo. 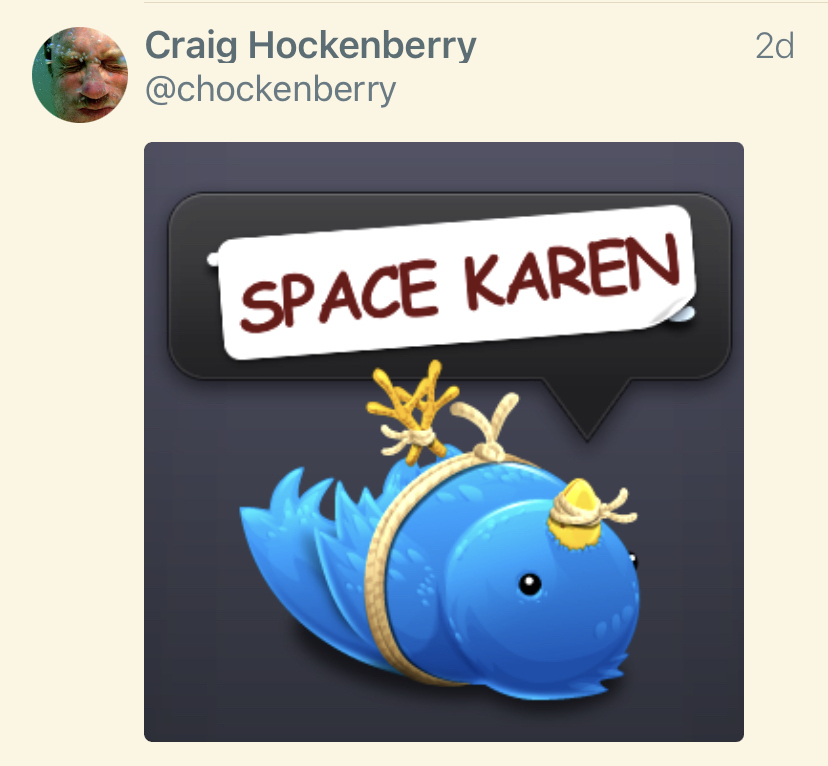 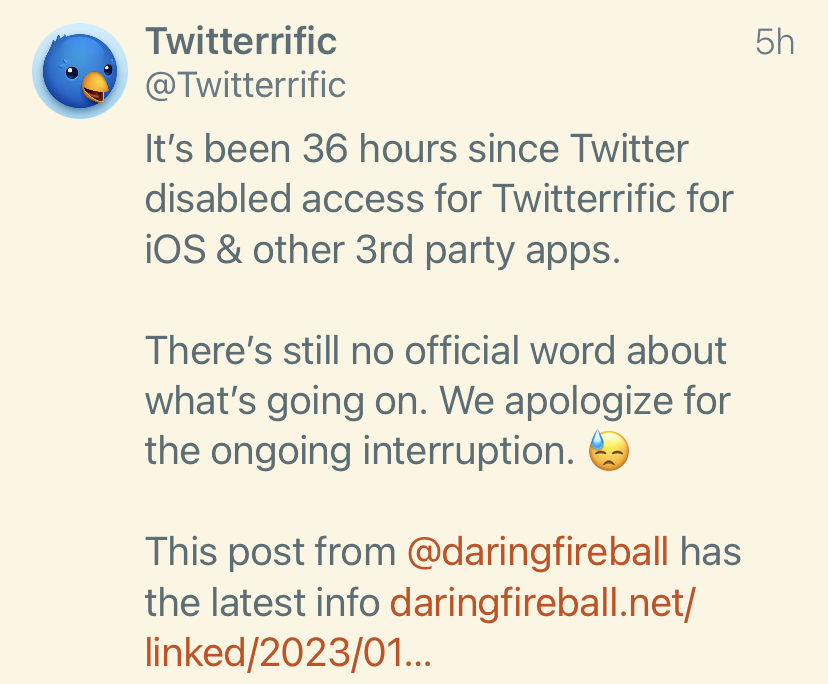